These pictures show my neighbour’s ginger cat, sitting in a small tree, licking the blossom. He was up there for ages, shuffling about, slurping away. Very odd. Have any of you seen this before?

‘Sometimes even the wrong train takes you to the right station.’

Word of the day: Cowcat – person whose function is to occupy space

Coming home tonight, all trains going my way were cancelled. So I just grabbed the first train leaving the station and tried to work out where it was going by looking it up on my phone. There were signs up – on the platform, in the train, but they all said different stops to each other, so that didn’t help. My phone stuttering in its connection wasn’t ideal. Then the tannoy announced ‘Ignore all the signs saying where this train is going. They’re all wrong! This train is going to mumble mumble mumble.’ So that didn’t help either. I made it home by sheer luck. You’d think that train companies would have learned how to deal with a crisis by now.

Jinjing and Hamoudi were in the kitchen cooking up soup. I made some toast, hoping that Hamoudi would elaborate on the dead people tales. Instead I listened to Jinjing slagging off Neville because he never cleans up after himself and leaves plates of meat lying around for days.

‘I mean, has he ever done any cleaning since he’s been here?’ asked Jinjing. Hamoudi nodded, keeping his head low as if he could duck beneath the anger. Anyway I got a bowl of soup out of it. 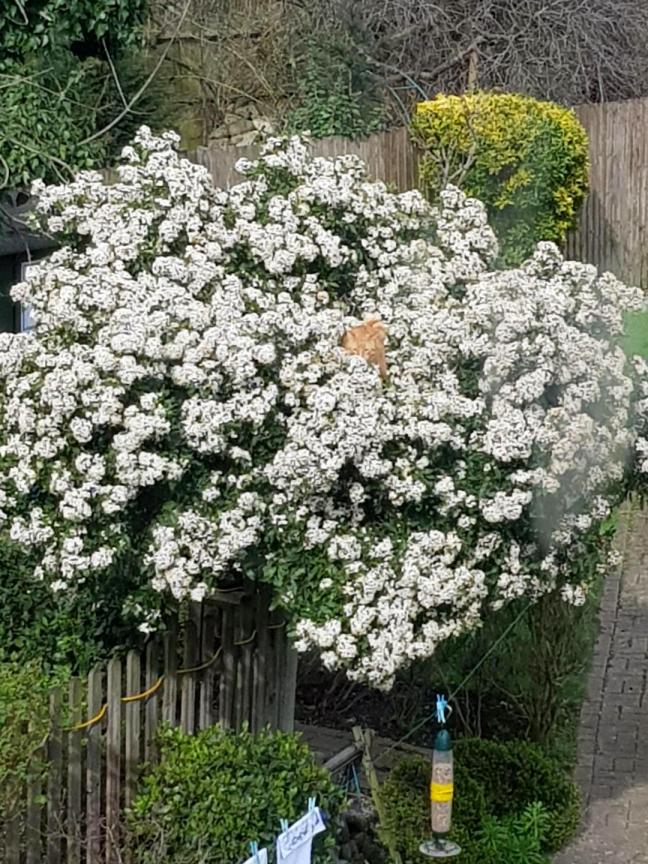 11 thoughts on “So cats eat blossom?”