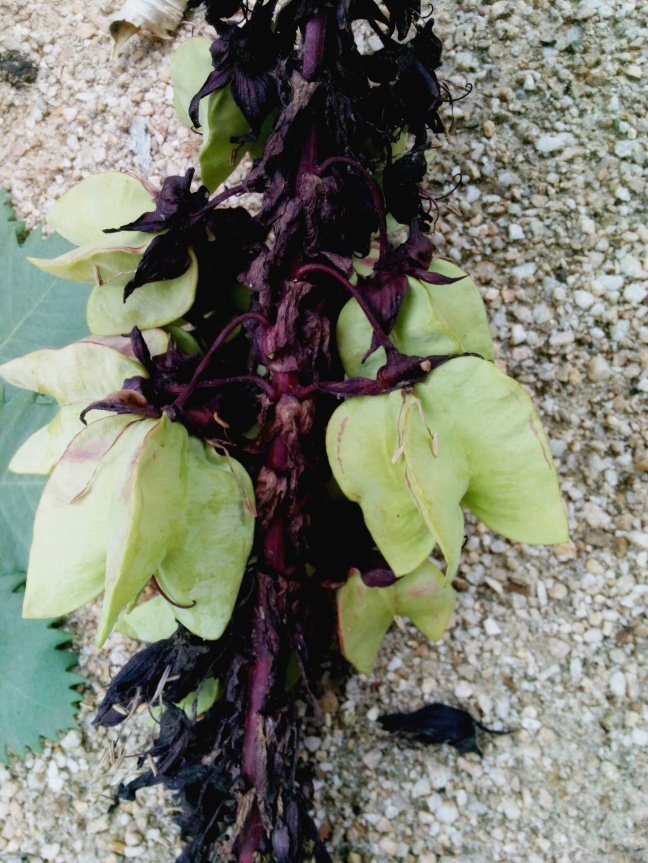 “Go to the ant, thou sluggard; consider her ways, and be wise”

Word of the day: myrmecophilous – having a symbiotic relationship with ants

This morning my train got cancelled! Which means I ended up sitting in a carriage with all the wrong people, going from the wrong station. I’ll have to wait until Monday to see Angry Staring Man and the twins again.

However I did make two interesting discoveries today. One was that the seed head of Melianthus (pic above) makes a very satisfying popping sound when you squeeze it, far more delightful than bubble wrap. I showed some to Dan and his eyes grew wide as he began popping feverishly away, then I showed Jessica and she was soon jumping up and down on them. I reckon I could market them:

Melianthus bubblepop! The all natural way to relax.

Bubblepop, no plastic, no toxins, just soothing pops to ease your mood. 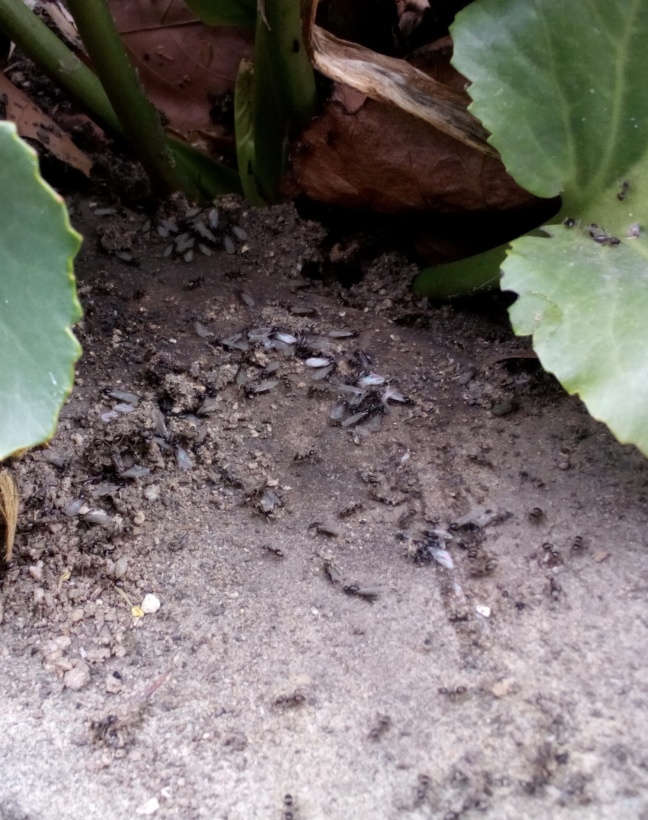 The other discovery happened when I pulled back a dead leaf and discovered an ants’ nest underneath. They hadn’t even bothered burying their army in the ground. The swarms of flying and pedestrian ants quickly fled to hid under another leaf, but I got a  photo.

Oh AND the brilliant Calmgrove has been doubting the veracity of some of my words of the day and has challenged me to use them in a story. I’m not sure how that would prove anything, but I think it’s an excellent idea all the same. It won’t be easy, but I’ll see what I can do.