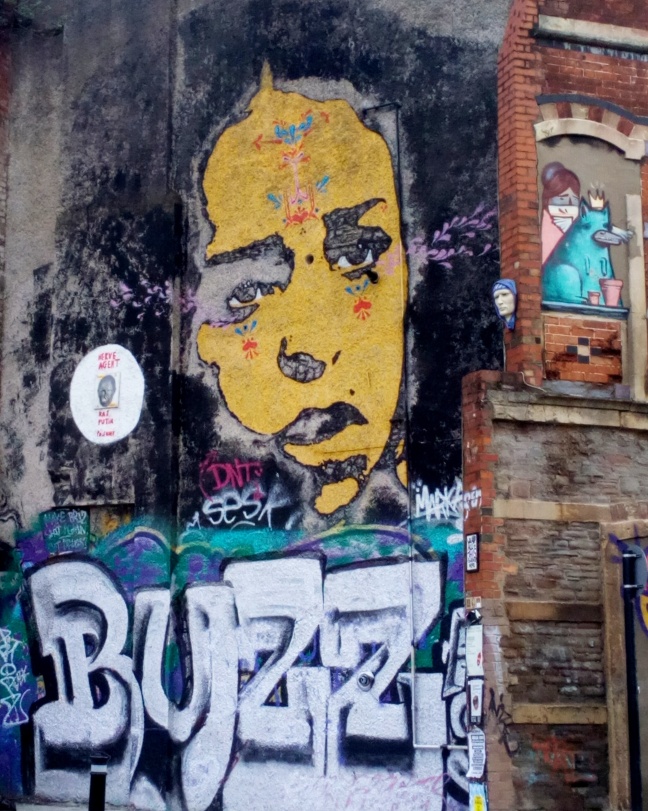 Mystery catch up: this letter was found by my colleague lying in one of our gardens. It is from Jack who says he’s being tortured by the Illuminati using advanced technology to destroy his brain and body. He needs help. Is he schizophrenic? Is it a joke? Is it real? 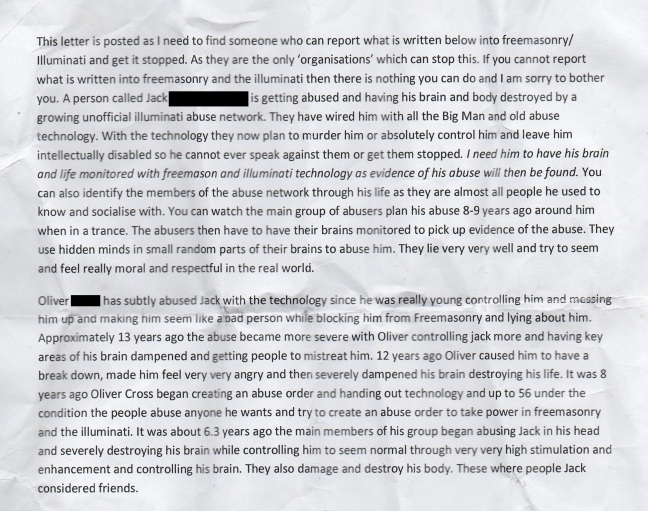 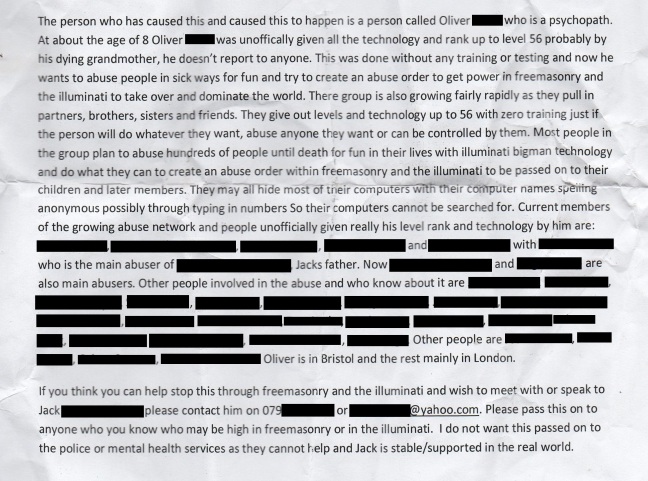 As I said before, I’ve blacked out names so as not to mess with anyone’s privacy. However I’ve spent the last two  days googling the names of those he claims are the current members of the ‘growing abuse network’ to see if I can find people that might fit. According to the letter, they’re mostly in London, except Oliver, who is in Bristol. I found a few people with the names, usually at least one living in the right city, but that isn’t such a stretch. Among them were a photographer, a chef, a man selling home made sandals and a journalist, I can imagine a few of these possibly being involved with an art project or even the Illuminati, but something about them is not quite right.

One name is rare and I could only find one website with it – a fitness trainer in London with an Instagram page. It just shows photo after photo of people training and the occasional plate of noodles, not an Illuminati symbol, secret handshake or odd photo among them.

What I find seriously puzzling is that I checked on each possible name in the right city with a Facebook page to see if they had any of the other names among their Friends. I could not find a single friend among them with Oliver name, Jack’s name or any of the others. And there are no friends in common that I could see (I kept thinking all these people had the same woman in their friends, but actually it was lots of different women with doggy filters and photoshop style blankness.)

It’s odd, because if this is real, Jack says these are all people he knows, so wouldn’t they know each other? Or Jack? Is this because they can cloak their true identities, as he suggests in a confusing manner here:

Whatever this letter is, if Jack doesn’t know these people, then who are they? Did he pick them at random? That seems both unwise and pointless.

I feel like I’m getting caught up in this now.

Final note: I was just doing another check on some of the names, and I’ve found Jack’s Facebook page! He has a couple of the names mentioned in the letter as Friends! I saw this page yesterday, but i don’t think his Friends list was accessible then. I’m going to publish this and then carry on investigating…