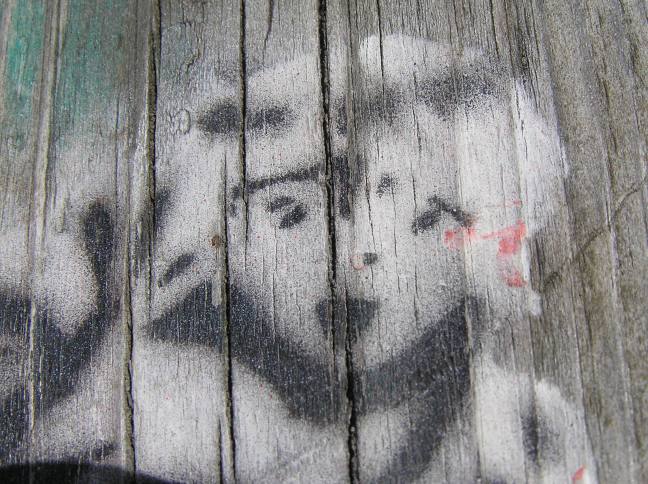 When you think about it, the whole world is a ‘lifestyle café’.

Weather: the kind of wind that tries to snatch you out of the world by your hoody

Phrase of the day: Hablar hasta por los codos (Spanish) to talk non-stop, literally to talk even through the elbows

I took a walk down my street to see what changes have happened this week. There’s always something. Either somebody will have knocked down a wall to reveal a toilet in their garden or they’ll be a gathering of body builders at the church.

About half-way down the road is a furniture shop with no particular wares. Last week they had thirty washing machines, before that it was microwaves and sofas. I’m assuming it depends on what warehouse got broken into. The guys who like to hang out there are sociable and friendly, always playing music and having a smoke and a chat together. I walked past it today and it had turned into a garden centre. It had the same group of guys hanging out, but with rows of dry brown box bushes and withered geraniums.

I’m impressed they managed to change their entire product line and kill it, all within a week.

Bolstered by this go-getting attitude of can-do, when I got home I decided I wouldn’t spend the whole evening hiding in my room. I’d venture out and talk to my new flatmates. As I’ve mentioned, I tend to hide from them and only sneak out long enough to get some cheese from the fridge. I keep the crackers in my room. That’s dinner.

However, today, when I heard someone bashing around the kitchen I went out to say hi under the pretence of getting some cereal. And I encountered Neville. Neville is super woke, super friendly, and was wearing a t-shirt that said ‘Feminist as fuck’. He told me about his hometown in Delaware and how he grew up poor in what sounded like a mansion (three flights of stairs and a pool??), all the while he was cooking up a big pack of bacon. Just putting slice after slice in the frying pan. Then he began telling me all the countries that are good at making bacon and I felt the need to escape the conversation. This was more words than I’d heard in a long time and my brain was also starting to fry, but it was difficult to find a moment of pause. Apparently Denmark is not the best country for bacon, that’s just PR. In the end I had to shout that I’d heard my phone ringing and run for my room.

Still, that’s a first step in becoming a fully integrated member of society. I’m on the up and up!

2 thoughts on “I’m leaving my room! I’m going into the kitchen!”