Was walking to the station early on Friday morning and saw this sparkling fizzy pop of a car. In case the picture doesn’t make it clear, it has the texture of glitter ball deely boppers, in the colour of an orangeade-cherryade mix.

I have no idea what I think of it. Is it a daring and dashing fashion choice? A practical joke? The car of a disco champion reliving their glitterball hey-day? Did someone end up with too much glittery wrapping paper and became inspired? 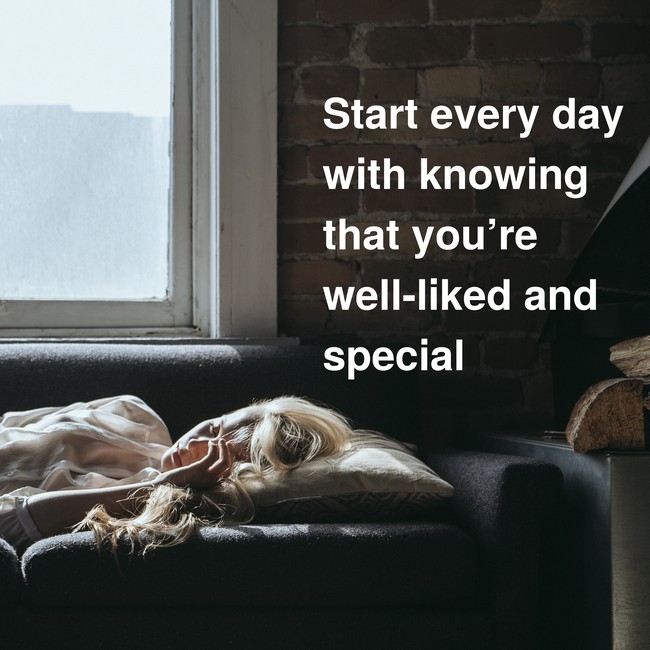 Her face was lined like a patchwork of meandering rivers strung together over a bed of waffles.

Don Stacom from It Was a Dark and Stormy Night – book of bad first lines. 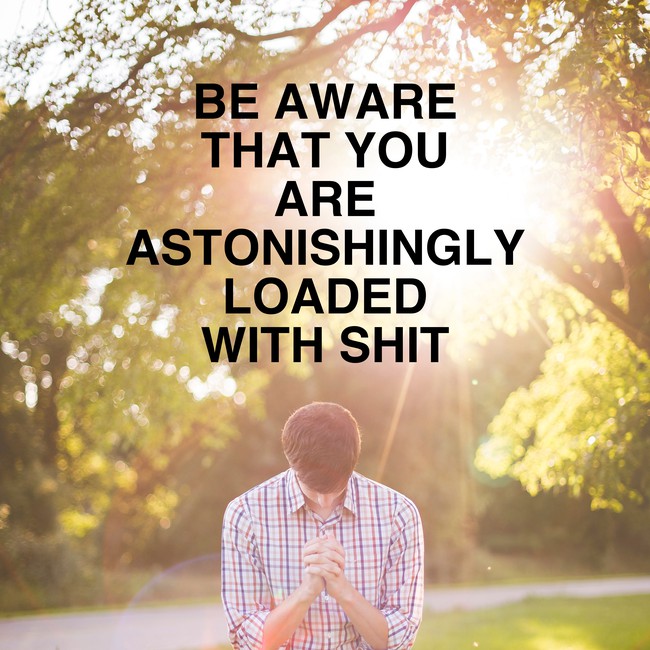 Word of the day: quisquilious – made of rubbish

I suspect a lot of people won’t understand that title, so for those people –  the wombles are fluffy mole-like creatures who live in burrows. Their life’s work is to help the environment by collecting and recycling rubbish in creative ways. They reuse whatever junk they find. They are ace, although sadly the ongoing documentary about them ended many years ago.

Now, me, I’m akin to wombles. I have a tendency to find things. I hate waste, I love being a magpie and picking out treasures from the undergrowth, but I need to remember that not everyone feels the same way.

Today a resident using the gardens had left their fancy coffee mug on a table (it had a closeable lid and a satisfying mix of rubber and plastic.) I don’t really drink coffee, but Jessica does, so with my exciting find, I walked over to where she was working.

‘Jessica, do you want a fancy mug?’ I asked.

She gave me an appraising stare and said drily,

‘Did you find it in the gardens?’ she said.

‘Then, no,’ she replied gently.

Jessica is not a Womble.

I am a womble, not everyone is a womble. Remember this.

Today I returned to London from my three day escape, feeling much calmer, if totally knackered. I was nervous about what I’d find at the flat. Would Jinjing and Neville still be fighting? Would the walls be splattered with blood?

Actually, they were all at work, as normal. However, what I noticed on opening the door was the smell. Sickly perfume. The kind that station toilets leak into the world. Then I noticed the Quality Street sweet wrapper on the kitchen floor – of course, that’s a communal space, so Neville is free to eat chocolates there. Then I went in the lounge, and did a double take to see these eyes staring at me from the wall:

Where in merry Hell did that come from? It’s like something my nan would buy, surely not Neville, Jinjing or Hamoudi. It this some kind of home decoration housebreaker? I’m too exhausted to work this out now, I’m going to bed.

What terrors lurk in nightmares? And what if they escape?

Word of the day: maw wallop – a badly cooked mess of food

This evening I decided to brave cooking. Neville had left a large plate of cooked bacon on the counter, he hadn’t even covered it. Hasn’t he heard of botulism? I started making a big pot of chilli con tofu. Jinjing came in and sniffed around, so of course I offered her some, she’s given me plenty of food over the last few weeks. I don’t think my chilli was up to her standards though.

‘What are the orange bits?’ she asked.

‘What are the yellow bits?’

‘Oh,’ she said and sat down. My chilli had been snubbed.

‘You have any more weird dreams?’ I asked.

‘Yes! The same one as before. Just this man staring in my window. He was wearing a hoody and his face was really pale, his eyes were dark. I woke up terrified and I couldn’t get back to sleep for ages. It’s definitely an omen.’

My laptop is still hanging together, for those who are concerned, although I have to keep securing the electrical tape.

I don’t think my comfort zone is actually that comfortable. 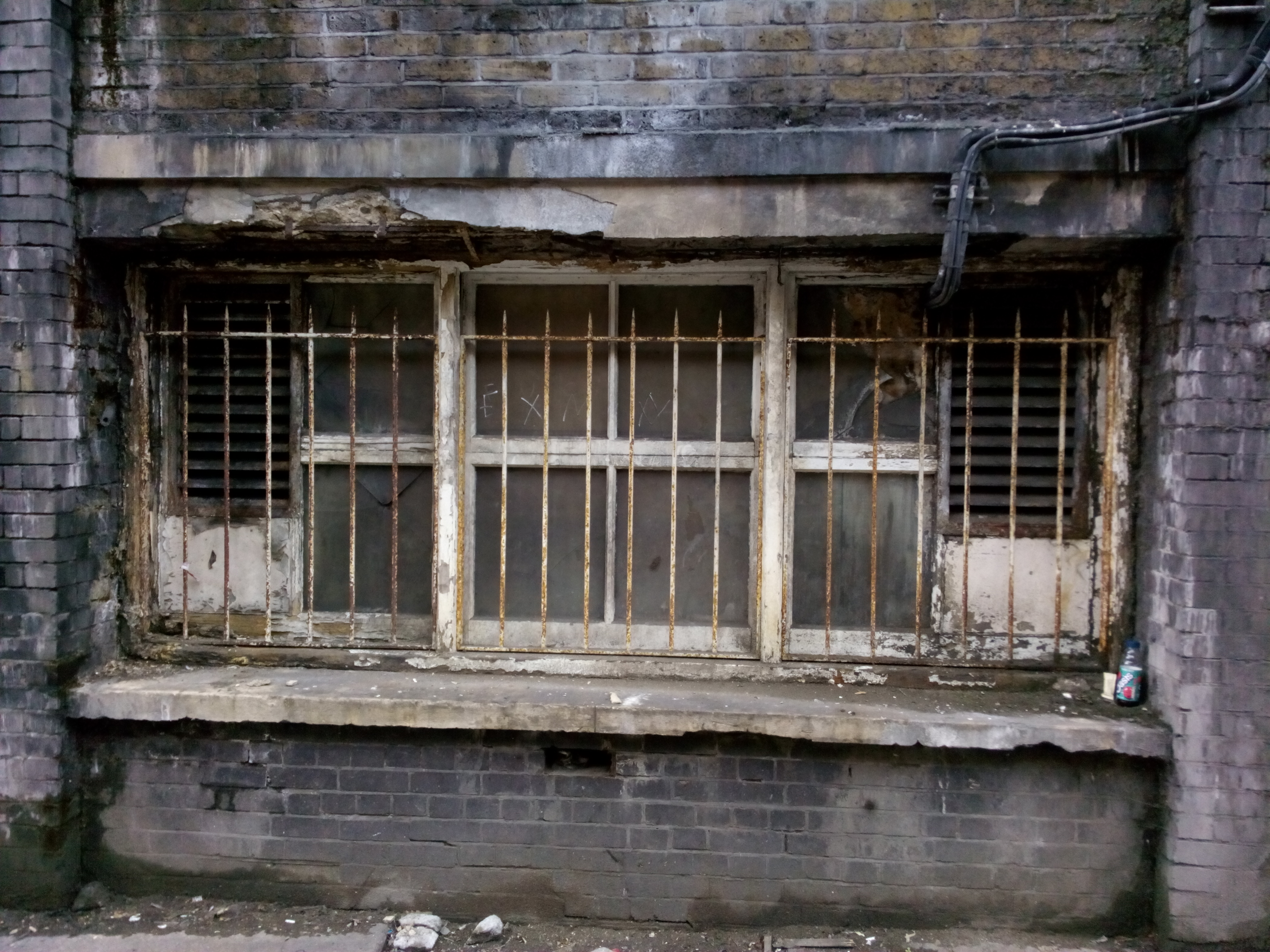 Mood: grufted in the head

Our messroom is disgusting. From the funky smell coming from the fridge, to the mice that run about the kitchen, to the rot in the windows. There has been talk of a new messroom, shiny and beautiful, but nobody believes it will happen.

‘They’ve been promising it for years,’ said Mike, kicking his locker door which had got jammed again. From the kitchen came the sound of Jessica using the pliers to switch off the hot tap. Our promised new messroom will have indoor toilets (no more dead squirrels!) and the chairs won’t stick to you. Our new messroom is the glowing oasis on the horizon, but is it all a mirage?

Then Dan screamed. Apparently he went to pick up his water bottle and found a rat wrapped around it, licking the water off the side of the bottle. I would think rats would have chased away the mice, but apparently the two can live in perfect harmony. How sweet.

Barry came to visit again he turned up loudly cheerful, singing Bring Me Sunshine as he danced around. Then he chatted about his sick mum. I did my best to be sympathetic, because it sounds tough to deal with. He said,

‘You always get my head sorted, you always make me feel better.’ Which was really nice to hear, but then he said to Mike,

‘You see? This is what women are for! This why they’re here. They sort you out, they listen!’

Good to know I have a purpose.

…cobbled together from broken bits of other lives.

Word of the day: kluge – a workaround or quick-and-dirty solution that is clumsy, inelegant, inefficient, difficult to extend and hard to maintain.

We’ve got mice at work. We were sitting in the smoking area outside the mess room this morning when Mike went inside and let out a yelp. Apparently a mouse ran across the floor.

Back at the flat, I was dashing for a packet of crisps I’d accidentally left in the kitchen, when I encountered Neville. Within a moment he’d blocked me in with a lighthearted series of complaints about the flat. From the flimsy floor that isn’t properly attached in the kitchen, to the shower that goes cold, to the stains on the lounge floor.

‘I grew up poor, I mean really poor, but I’ve never seen a kitchen floor you could cut with a pair of scissors before.’

What’s your unusual outrage-trigger? What will give you the wrath no matter how trivial?

Word of the day: Agowilt – sudden sickening and unnecessary fear

Today’s work drama was the big boss wanting Mike to cut the grass on a 1 (the possible settings are 1-5, the lowest we go is 3.) Mike stomped into the smoking area red-faced and raging.

‘What is he thinking? The man is mad! Mad! I’ve never cut that fucking lawn on a one! I’ve been cutting this grass for thirty years, never on a one!’ He sat down, hunched over into his fury, tugging on his vape to calm himself. At that point Nobby (another boss, nobody knows what of, something to do with pavements) came storming around the corner.

‘Did that twat just ask you to cut the grass on a one?’

‘What’s the matter with him? I worked on a golf course for ten years, you never cut on a one! He’s an idiot!’

‘He’s changing everything, this is the beginning of the end!’ said Mike.

It took a while for Mike to calm down, and then we compromised by cutting the grass on a two. Contrary to expectations, it was fine and looked quite nice.

Monday is a shock it takes me all week to recover from.

Mood: hermit crab in a bucket

Word of the day: Decarnate  – denied or deprived of physical bodily form

Really enjoying my new connection to Mateo. Today he taught me how to make a simple bomb using a bolt, two nuts and some match heads. ‘For if you ever need to fight off the police,’ he explained.

For his birthday, Dan brought in a selection of cakes. One of the cakes was a large cute hedgehog (in pic). So cute that nobody could bring themselves to cut it.

‘I can’t do it!’ cried Mike. ‘Just look at his face!’ Over break everyone was milling in and out of the room, looking at the delicious cake sadly, unable to take a knife to it. Finally, somebody greedy enough (it may have been me) cut off the arse end. Slowly, everybody took a slice, reducing the cake bit by bit, leaving the face. Nobody could cut the face, so it now sits in the fridge. I’m told this is the only time a cake hasn’t been completely eaten in one sitting.